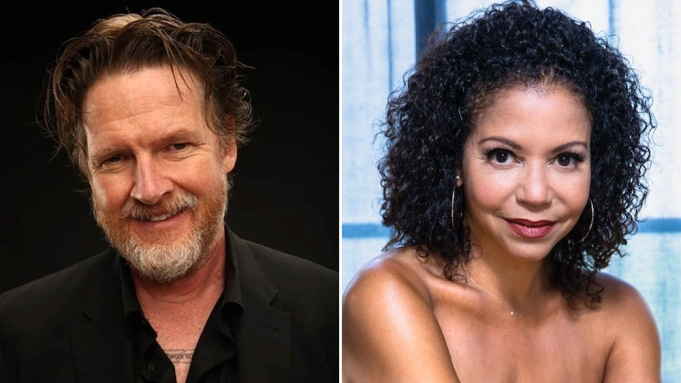 EXCLUSIVE:Donal Logue (Sons of Anarchy, Vikings) and Gloria Reuben (ER, Mr. Robot) have joined the cast of CBS’ The Equalizer for Season 3. The Queen Latifah starrer returns with new episodes on October 2.

Logue will portray Colton Fisk, one of the CIA’s most decorated agents, an ex-CIA union chief in the Middle East during the 1990s. Empowered with a Tier 5 security clearance (the highest possible) he was part of the intelligence team that took out Bin Laden, and for many years he ran the Farm (Code name for CIA training base in Virginia).

But Fisk isn’t your typical uptight high-level operator. He’s an immaculate dresser. Hiding in plain sight. And when you have his kind of swag, sometimes a smile is all you need to disarm a ruthless arms dealer or flip a Middle Eastern dictator to do his bidding. He has no Achilles’ heel. No family, no friends or personal past that anyone could ever trace. He is married to the job. He is a ghost. Currently, Fisk’s assignment within the Company is on a need-to-know basis.

Reuben will portray Trish, a recently widowed gallerist who is rekindling a romantic relationship with her former girlfriend, Vi (Lorraine Toussaint).

Season 3 picks up after the tumultuous and nerve-wracking Season 2 finale that saw Robyn McCall (Queen Latifah) get abducted in front of her daughter Delilah (Laya DeLeon Hayes) and aunt Vi. As someone who has worked hard to keep her family and her work-life separate, she will have to face a whole new set of challenges if and when she escapes her captors.

The addition of Logue follows Chris Noth’s exit last season as Robyn’s mentor Bishop who was killed by her longtime nemesis Mason Quinn (Chris Vance). Similarly to Bishop, Colton is a powerful and connected agent who navigates in the shadows. His connection to Robyn is as yet unknown.

Aunt Vi’s love life has been touched on in the past and looks to become a bigger part of the story with the addition of Reuben’s character Trish. With all her exposure to Robyn’s dangerous world of late, maybe rekindling a relationship with Trish could be just what Aunt Vi needs.

Logue is repped by UTA, Perri Kipperman at Kipperman Management, and Shep Rosenman at RLG LLP.