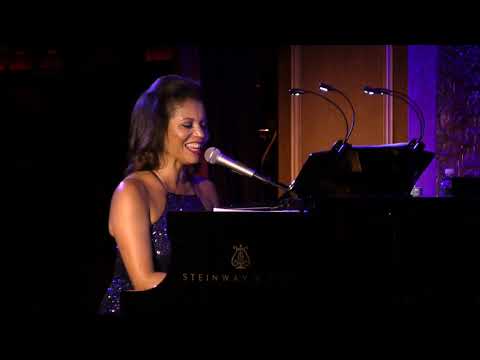 Singer Gloria Reuben and guitarist Marty Ashby explore all the aspects of love, from the mutual and beautiful and the unrequited and slightly obsessive, their sophisticated take on love is a classic to be released just in time for Valentine’s Day. “For All We Know” uses classic jazz to capture the various sides of love.

“For All We Know” is set for release Feb. 14, 2020. The recording’s love theme sets a thoughtful tone on a day considered to be one for lovers. But the pair covers a gamut of feelings – – and proves that love is multi-faceted even when it feels perfect.

The album seems to sparkle with a certain feel. This feeling emanates from Reuben’s singing and Ashby’s playing. The two are in sync and each note sounds vibrant and ready to pop out of speakers of any kind. It is difficult to capture what is going on here, but it is worth listening to, on Valentine’s Day and beyond.

Beyond “For All We Know”: About Gloria Reuben and Marty Ashby

Reuben is probably better known as an actress. An actress who sometimes sings. This recording proves that she could have been a singer first. Her delivery is clear and she uses vibrato sparingly on “For All We Know.” The way Reuben connects with the music shows her personality and interpretation of lyrics and it is that personal touch that helps the songs on the recording stand out even more.

Reuben’s acting work is notable. On the long-running series “ER” her work earned her two Emmy nominations and a Golden Globe nomination. She has also appeared regularly on the series “Falling Skies” and “Cloak & Dagger.” Reuben also has a continuing role on “Mr. Robot,” and the gritty Showtime series “City On A Hill,” which also stars Kevin Bacon. She has also been in the films “Lincoln,” “Reasonable Doubt,” and “Admission.” Her theatrical portrayal of Condoleeza Rice earned her a Lucille Lortel Award for Outstanding Lead Actress.

As for her musical ability, Reuben began playing classical piano when she was five years old. Later she would be a backup singer for Tina Turner on the singer’s 2000 tour titled “24/7.” That experience led to Reuben recording her album, “Just For You.” Her first jazz album was called “Perchance To Dream.”

Ashby is a jazz guitarist and a Grammy-winning producer, programming consultant, motivational speaker and lifelong advocate of jazz music and its unique place in American culture. He is executive producer at MCG Jazz, which he started in 1987. In that time, Ashby produced more than 2,000 concerts and more than 50 recordings.

In addition, Ashby is an artistic advisor and producer for jazz concerts and festivals around the country. Further, he was the EPP Goldman-Sachs Fellow at the National Museum of American History at the Smithsonian and has worked with many jazz organizations as a consultant.

The sound of “For All We Know”

There are some pitfalls and payoffs when using a sparse soundscape. For one, every note has the potential to make or break the recording. There are no places to “hide” mistakes. Thankfully, Reuben and Ashby are skilled, and so the duo have more payoffs than pitfalls on this album. One of the most important payoffs for a recording with a sparse soundscape is intimacy. When Reuben sings and Ashby plays, it is as if two talented strangers came to fill your living room with sound. The way the respective instruments of these two performers interact, listeners forget that there are only a duo of performers.

The two perform with verve and energy songs like “Where Do You Start” and “I Get Along Well Without You.” Their confidence and musicianship could convince unknowing audiences that the pieces were original to these two.

“For All We Know” is good jazz on Valentine’s Day and beyond.

For more information about the musicians’ tour dates, visit: https://www.gloriareuben.com or http://www.martyashby.com