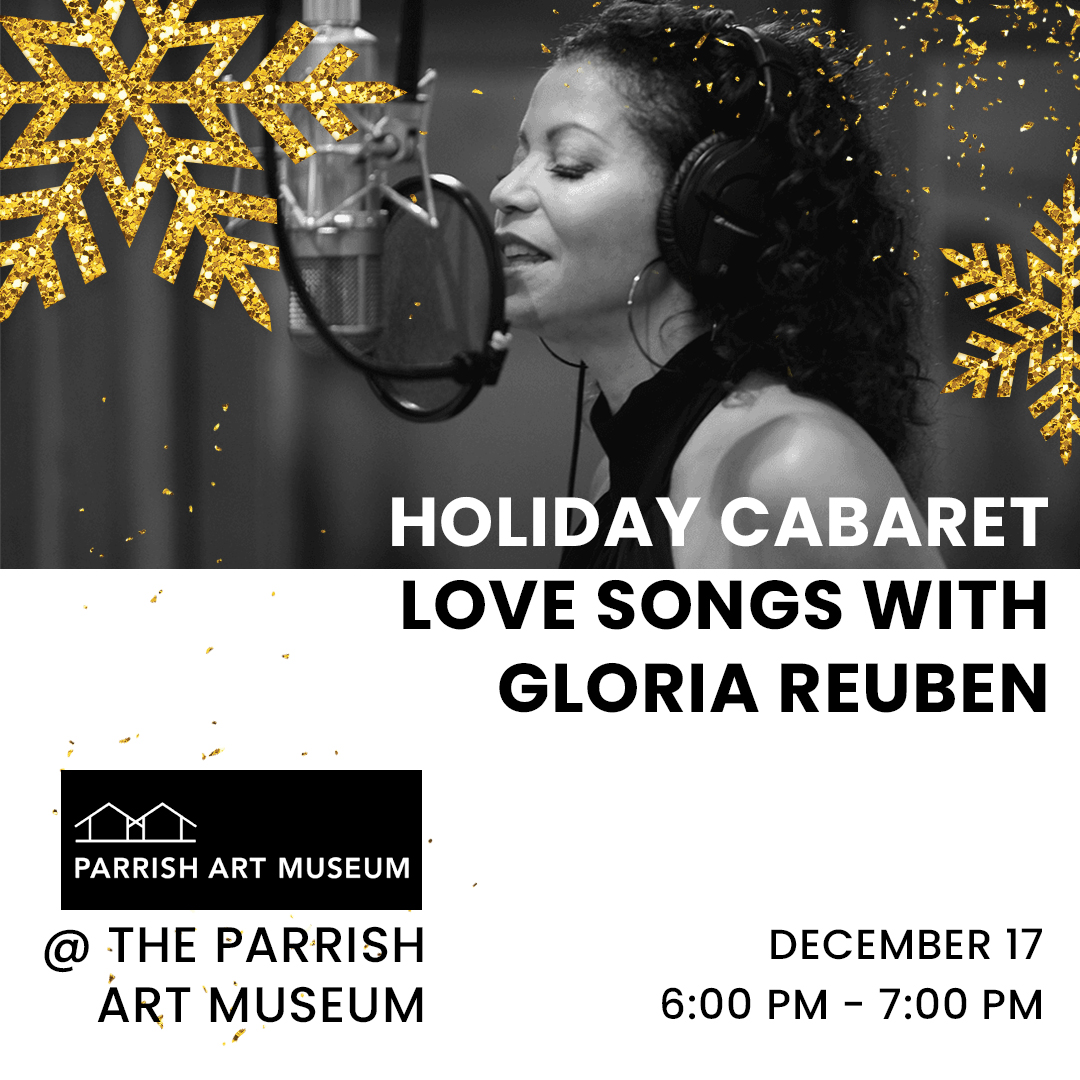 Join us for an intimate evening of cabaret to celebrate the holiday season with songs of love with actress and singer Gloria Reuben, accompanied by guitarist Pete Smith.

Reuben will sing holiday and pop/jazz classics, as well as songs from her albums For All We Know and Perchance to Dream:

Fly Me to the Moon

Have Yourself A Merry Little Christmas

Save Your Love For Me

For All We Know

Gloria Reuben is an actress, singer, and author whose credits span television, film, theater, and countless music performances. Since the age of 5, when she began studying classical piano, music has been the mainstay in her life since. Reuben has performed as a backup singer for Tina Turner in her 2000 24/7 tour, and subsequently released her own albums Perchance to Dream (2015), MCG Jazz, and For All We Know (2020).

As an actress, Reuben is best known for her portrayal of Jeanie Boulet on the hit television series ER, which garnered her two Emmy and one Golden Globe nominations, as well as roles in Falling Skies, Cloak & Dagger, City on a Hill, Mr. Robot, and in film–including Steven Spielberg’s Lincoln, Admission, Reasonable Doubt, and the upcoming remake of Stephen King’s Firestarter.

Advance ticket purchase with pre-event registration is required. All tickets are sold pre-event and online only. No sales at the door. All sales are final, non-transferable, and non-refundable.

This indoor event requires all attendees to show proof of their vaccination status or recent negative COVID-19 test within 72 hours. Medical-grade face masks must be worn at all times and will be provided to anyone who needs one. To expedite your check-in process, you may email proof of vaccine to healthfirst@parrishart.org  with the event title in your subject line.