MARVEL’S CLOAK & DAGGER: Stream It or Skip It? (Stream It!) 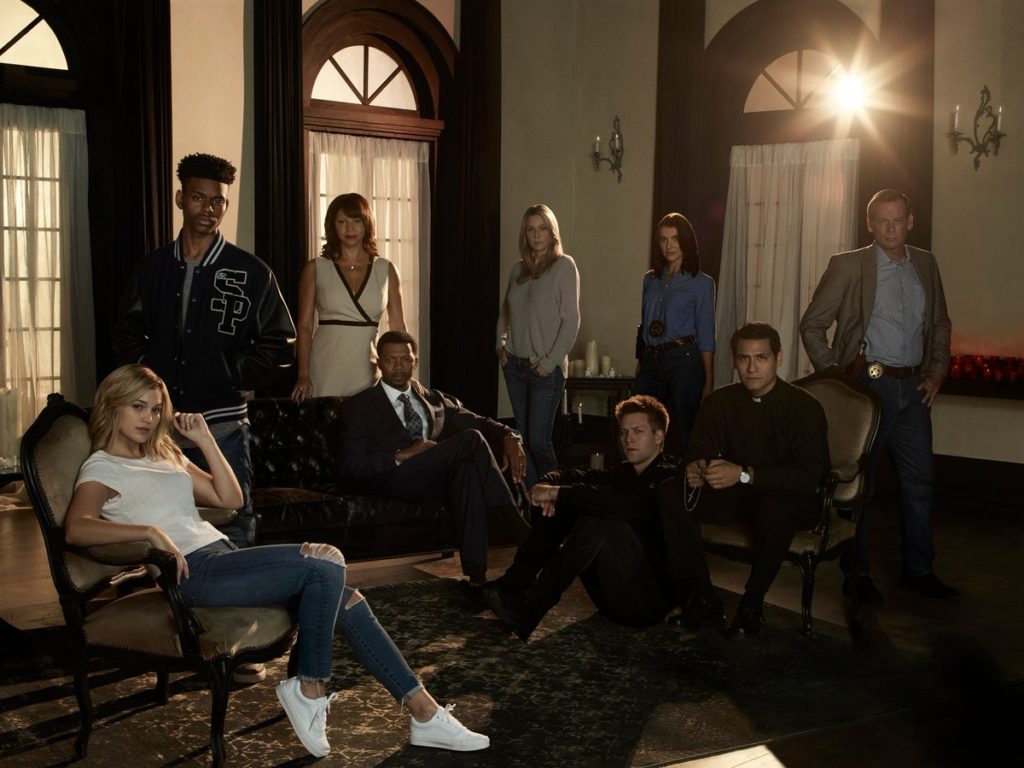 We’ve been Reuben fans since ER and haven’t forgotten just how good she is.

Opening Shot: A little girl ties on her ballet shoes as her class is about to start. She biffs a pirouette but smiles and gets in position after the teacher tells her, “Tandy! Focus!”

The Gist: Meanwhile, in another part of New Orleans, a group of teens are planning to steal the radio out of a luxury car because the owner of the car stopped paying them for it. One of the teens, Billy (Marqus Clae), doesn’t want to do it, but his little brother Tyrone does it for him, despite Billy’s objections. While they talk, the cops come and they are chased on foot to a pier near an oil rig.

Tandy’s dad picks her up from ballet, because her mother still has “back pain.” Her dad is frantically talking on his phone with people at work about an oil rig that’s collapsing. He’s stressed and not paying attention to the road. He ends up swerving to avoid a truck and plunges into the Gulf of Mexico just a the rig explodes. Tyrone’s brother, meanwhile, is shot by the cops and Tyrone dives in to help him. A shockwave hits the both of them, with Tandy emitting light, Tyrone admitting dark. Somehow, a hand reaches out and saves Tandy from doom.

Cut to “Years Later.” Tandy Bowen (Olivia Holt) is a teenager who makes ends meet by grifting with her boyfriend Liam (Carl Lundstedt); instead of living with her alcoholic mother Melissa (Andrea Roth), she beds down in an abandoned church, wondering if she should have drowned with her father in their car. Tyrone Johnson (Aubrey Joseph) goes to prep school and is a star on the basketball team, but has lately been unfocused; the latest incident involves getting into a fight at a game. His parents Adina (Gloria Reuben) and Michael (Miles Mussenden) are wondering what’s wrong; all Tyrone wants to do is go under the covers and forget.

The two meet at a party in the woods, where Tandy — “My dad named me after his first computer” — steals his wallet. He chases her and when he grabs her hand, her light and his dark meet. What they eventually find out is that they have powers. When Tandy fends off one of the rich guys she stole from, a light dagger shows up in her hand to stab him. And when Tyrone confronts the cop that shot Billy, he finds that he can escape by surrounding people in darkness.

Our Take: As with everything Marvel, Cloak & Dagger started as a comic series, with Cloak (Tyrone) and Dagger (Tandy) debuting in 1982. It’s an interesting concept; two teens who have powers they don’t understand, coming together to help each other harness what they have. But, even after watching the first two episodes of the series, we don’t get that. In fact, except for the scene during the party in the woods, the two of them don’t even share the same camera shot. That feels like quite a slow pace of development, considering the show is supposed to be about the two of them developing a romance while trying to figure each other’s powers out.

Otherwise, though, Cloak & Dagger does a great job setting up the lives of Tandy and Tyrone. Both have darkness in their lives that has gone unresolved. For Tyrone, it’s the shooting death of his brother; for Tandy, it’s how the Moxxon Corporation not only contributed to her father’s death but essentially tore their family to pieces — her mother continues to try to get restitution while bedding down one new lawyer after another.

Marvel’s television universe tends to be on the darker side, especially compared to the cinematic universe, but considering that the heroes are teens and the show is on Freeform, this show is surprisingly dark and gritty. It’s not like Tandy suddenly drops her life of crime because she has powers; in the second episode, she and Liam rob a ritzy wedding in order to pay for a new identity for her. So, it might not be so bad to trade a slow pace in order to see all the facets of Tyrone and Tandy before they become Cloak and Dagger.

Sex and Skin: Tandy and Liam have sex in Liam’s truck, but everyone’s clothes stay on.

Parting Shot: At the end of the first episode, Tyrone looks at a ballet slipper he found on the beach the day his brother was shot; in a flashback, we see him and Tandy holding hands, unconscious. Tandy looks up at the stained glass in the church. At the end of episode 2, the car Tandy is driving out of New Orleans suddenly gets shot by a guy who appears out of nowhere. Little does she know that it’s Tyrone.

Sleeper Star: Creator Joe Pokaski and the writing staff realize that they have Gloria Reuben at their disposal, and they give her meaty scenes in both episodes as Tyrone’s mother Adina, who has managed to rebuild their family after Billy’s death. We’ve been Reuben fans since ER and haven’t forgotten just how good she is.

Most Pilot-y Line: “I find rich kids, slip a little something in their drink, and jack them of their rich kids stuff,” Tandy says to the mark she finds at the club.

Our Call: Stream It, because the chemistry between Holt and Joseph is apparent in their brief scenes together, so we’re looking forward to seeing them together more going forward. And we’ll watch Gloria Reuben in anything.