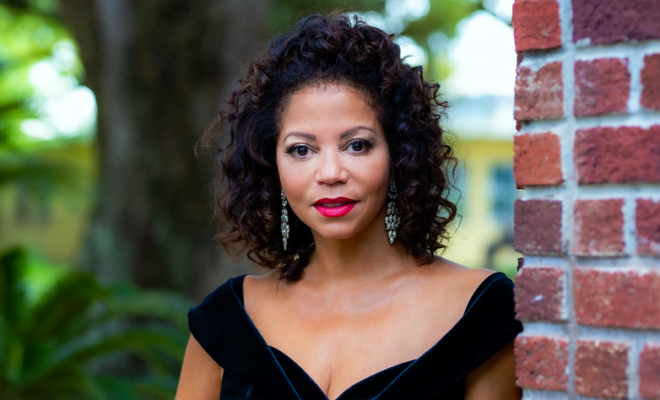 Q) What are the recent projects that you are working on?

A) This year I completed my new album, which will be released early next year. Since I wrapped “Mr. Robot” in August, it really has been about promoting my book and putting together performances and looking for the next great acting role. I have been very picky as of late, which is good considering finishing up this last season of “Mr. Robot” and the quality of talent involved in front of and behind the camera. It’s vital for me to keep on that track in terms of quality and integrity. So, it’s been a very busy year with finishing the book and having it be published and doing the audiobook recording and finding the album and music performances.

Q) Throughout the seasons of “Mr. Robot,” what has continued to challenge you about your portrayal?

A) Well, I think because (again) the writing is so good that it’s hard for me to talk about the rest of the season as it hasn’t aired yet. Last week’s episode spoke for itself in terms of the different kinds of challenges I’ve been experiencing. It certainly has been an extremely intense, emotional experience because of what has been written, but that’s pretty much always the case when it comes to “Mr. Robot.” [laughs] It’s a lot of intensity and intelligence and that’s the best kind of combination when it comes to the writing. All of that being said, it’s fun to work on a project like this. No question about it.

Q) Have you had much of a say over the years in how your character developed?

A) No. Nor would I want to. [chuckles] It’s not that I wouldn’t be open to ideas, by any means. I don’t need to offer any because it’s been such an extraordinarily impressive and consistently incredible writing.

Q) With such intense scenes, how do you shake off a long day of filming?

A) That’s a good question. It depends on how late we wrap that day. If it’s early enough I’ll definitely have a glass of wine and a long shower. It works wonders. Or a bath is always good. [chuckles] If it is too late at night, then when I get up in the morning going for a run always helps or doing yoga – some kind of physical way to refresh the body.

A) As you can imagine, he is kind of like every actor’s dream with the level of commitment that he brings to every moment. And, obviously, the talent is a thousand percent present and he’s a lot of fun. He’s very intelligent, very nice, very sweet and very funny.

Q) What you personally taken away from your time portraying Krista Gordon on “Mr. Robot?”

A) I just think the overall experience. Personally, I’ve taken away a great deal of pleasure and pride in quality of work. The pleasure being, like I mentioned, working with Rami and working with Sam [Esmail]. It’s been a really pleasurable, creative working experience.

Q) Were there any memorabilia from set you really wanted to take when filming finished?

A) I’ve been joking that I wanted to take that long green silk sofa. But, no, that was not going to fit in the car. [laughs]

Q) You have had an incredible career! How do select the roles you take on?

A) Well, I’ve been really lucky in having the opportunity to look at these projects and, more often than not, audition for them or read for them or discuss them with the director. I think there is something to be said for sure about there being a combination of good timing and good instincts and good writing. I’ve been lucky with all of those things merging together. Also, it’s not easy to walk through the quiet times, if you will. The times I’m not working as an actor. That’s when the writing and the music really come into play in a great way because it is vital for me to be creative one way or another. I always have to be creative. I know how fortunate I’ve been and yet diligent at the same time for years. It’s a two-part process of preserving and being dedicated and committed to looking for and participating in the best project possible and luck coming into play at the same time. I’m doing my part as much as I can. The rest you just kind of have to let it go. The projects that are right for me are the ones that I’ll be doing.

Q) What have been some of your personal favorite project that you’ve worked on?

A) “Mr. Robot,” no question. Most recent “Mr. Robot,” for sure. Then, Steven Spielberg’s Lincoln and “ER.” I think that trifecta alone that covered two and a half decades now (it’s crazy to say that). Those three projects are the pillars of extraordinary projects that I’m extremely proud of and grateful for.

Q) You have a book about your brothers coming out shortly. What inspired you to write this tribute My Brothers’ Keeper at this moment?

A) Well, it wasn’t really a decision quite like that. It wasn’t like, “Okay, right now I’m going write a book about my brothers.” It really happened in a very organic way a few years ago when the idea came to me because some excerpts from journal writing shaped themselves into the mini entries, if you will. As I look back on them and as I started to read even more current ones, I just had this impulse to make files, if you will. A lot of them were written by hand in my actual journals. So, to write them down and then actually make files of them…And I have a ton of essays for (no questions about it) a future book that I’m already working on for an autobiography. When my brother Denis [Simpson] died a few years ago (Well, nine years ago now. It’s crazy that it’s so long ago.) I knew that in my heart that it was time to pay tribute to both of them. As I started to reread these journal entries it just started taking shape. I picked a few of the essays, if you will, and pulled them out of certain folders. I went through a ton of them and expanded on a few of them and kept expanding on some more. Then, I thought about tying them together, if you will, with the narrative of growing up in the house I grew up in and how it effected my take on the world and my relationship with my brothers. It was a very, very organic process for sure that led to a very solid form for My Brothers’ Keeper and the beginning of my next book. The more that I kept reading and uncovering memories and details the more memories and details would reveal themselves. For My Brothers; Keeper I did want to focus as much as possible on their lives and how their love really shaped my life.

Q) David, unfortunately, took his own life. How can our readers get help if having those thoughts and need someone to turn to?

A) There is always help. Now more than ever there is help for those who need it. There are hotlines. You can call the National Suicide Prevention Lifeline (1-800-273-8255) twenty-four hours a day. I think that is primarily is the message. Now, more than ever, help is available and all it takes is to reach out for that help because it’s there. You just need to reach out your hand and there will be one to meet it halfway.

A) One of my favorite memories is when Denis surprised me in New York. He lived in Vancouver. He was an actor as well. I did a play called “Stuff Happens” and I was nominated for Outstanding Actress in an Off-Broadway play. And Denis surprised me that evening showing up for the award ceremony. It was totally out of the blue! He even called my agent and found out where and when. And I knew nothing! He showed up in the lobby where the award ceremony was happening. That’s one of my favorite moments. There are so many. Also, just the simplest things of being with him, especially when he’d come to New York. Just the simplest things. We both loved to do crossword puzzles. So, sometimes it would be both of us hanging out in my living room doing crossword puzzles – not even talking, just sitting there in each other’s presence.

Q) What do you hope readers take away from the book?

A) Whoever purchases and reads it, I hope it brings them comfort and laughter as well. It’s something I thought a lot about this last year because I was finishing the book and with the last season of “Mr. Robot,” of course…Obviously we know about the hacking, White Rose and all of that stuff, but what I find the most compelling are things that I think we can all relate to and that I think a lot about when it comes to my brother David. It’s those feeling that Elliot experiences so much – that loneliness, isolation and disconnect. As people continue to watch the show and as it ends and as the story of my brother David is out there as well, the parallels are rather uncanny. They really kind of define, in a way, the story of David’s life – the loneliness, isolation and disconnect – and how those emotions portrayed with Mr. Robot and Rami’s character and that we all feel at one point or another is a kind of healing. I think often of the things that makes “Mr. Robot” so compelling to so many people. Obviously, again, because it’s so extraordinarily written and the complexities of the characters are just unlike any other show. But I also feel like those elements that Elliot is feeling we all feel at one point or another. Of course, they are heightened for the show, but we all feel those things. There is something about seeing that, reading about that in a book or seeing that on a television show in a character that is so beloved that makes us feel more connected. That were not the only ones who feel these things. So, in that regards, it’s divine intervention working on “Mr. Robot” and my character being a psychiatrist to try to help Elliot and my book coming out about my dear brother. I’m just going to go with it all. It’s all flowing the way that it should. I’m just going to continue to do all that I can to help. 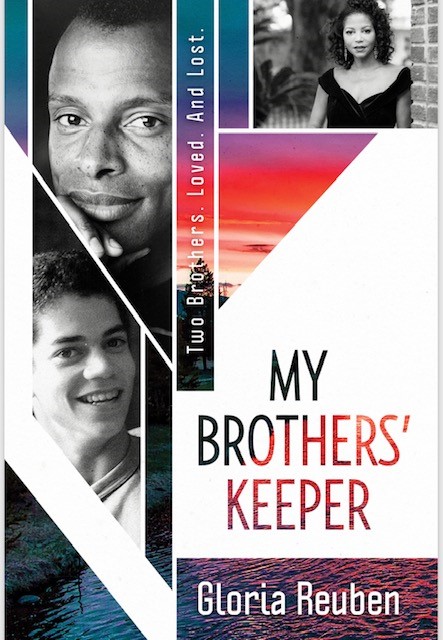 My Brothers’ Keeper: Two Brothers. Loved. And Lost. will be available at Amazon, Barnes & Noble, or wherever books are sold.

By: Jamie Steinberg of StarryMag